If you’re a Brisbane local, you’re probably aware of the new Queens Wharf development slowly springing up from the ground right in the middle of the city. This 7.5 hectares of public space is being revitalised to reimagine Brisbane as a tourism and entertainment destination that locals will be proud of, and interstate and international visitors will want to visit. But did you also know that this development is set to feature some spectacular art installations?

This joint venture between parent company, The Star Entertainment Group, and its two partners, Chow Tai Fook Enterprises and Far East Consortium, have undertaken this project to “position Brisbane, not just as an Olympic city, but as a vibrant cultural playground,” says Star Entertainment Group’s managing director and CEO, Matt Bekier.

“We have bold plans for art and culture to be a visitation driver for the precinct with sculptures, paintings, visual and performing arts and potentially galleries and exhibitions delivering a unique and exciting offering,” Matt Bekier explains.

The art for this 3.6 billion dollar transformational development is being directed by The Specialist Artistic Advisory panel, led by highly regarded local art figure Philip Bacon AO, alongside art curator and director of the Institute of Modern Art Liz Nowell and respected indigenous artist and administrator Avril Quaill.

The first piece of artwork chosen by this panel was announced in February.

Lindy Lee, a homegrown Brisbane artist of renowned international status, was revealed to be creating the signature piece for the transformational development. This $14 million commission piece is an 8-metre, 8,000-kilogram bronze sculpture that Lindy has titled ‘Being Swallowed by the Milky Way’.

The stunning oblong sculpture will feature thousands of tiny holes puncturing its bronze surface which will become a shimmering, light-filled galaxy of silver and gold stars at nighttime.

This sculpture, to be located on the George street Atrium entrance to the QWB precinct, represents a full circle moment for Lindy, who left Brisbane in the late 70’s in search of creative endeavours, and has returned to a “dynamic, culturally advanced city.”

The second art piece that has been unveiled is titled ‘Lungfish Dreamz’.

Adjacent to the bicentennial bike path between Queen’s Wharf Road and the Brisbane River, this art piece is designed to connect with the area, drawing inspiration from beneath its surface.

“I discovered that the lungfish dates back millions of years and is found in the upper reaches  of the Brisbane River and other South East Queensland waterways” says Samuel Tupou, the talented Brisbane based artist behind this piece.

“Samuel Tupou’s work is known for his connection to culture, location and story, specifically referencing Queensland’s position in the Asia-Pacific region” says Ms Quaill, a member of the selection panel.

Often drawing on his Tongan and Polynesian heritage, Mr Tupou’s work has been included in collections of the National Gallery of Australia, Cairns Regional Art Gallery as well as high profile, public spaces in Brisbane and Ipswich.

The new art installations at Queens Wharf will also feature a beautiful amalgamation of new and old with a unique piece of projection art for The Printery Office. The Printery Office was the first building in Queensland to be powered by electricity and as part of this project, it is soon to be lit up again, this time with high-tech light installations.

The northern face of this heritage listed building will become a giant canvas for 52 different digital light projections – one for every week of the year.  South East Queensland based projection art duo Alinta Krauth and Jason Nelson have developed an artistically reimagined  flashback of the Brisbane Commandant’s Cottage in the early 1850’s and 60’s, before it was demolished and replaced with The Printery Office. 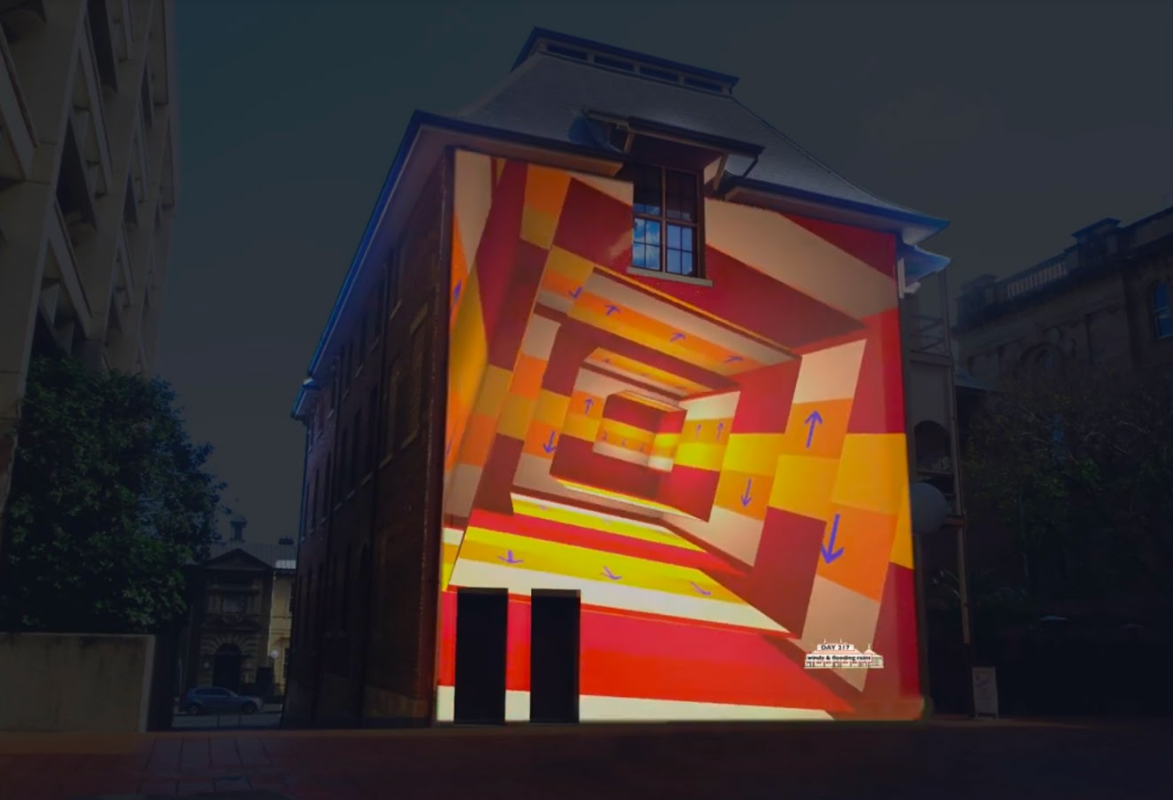 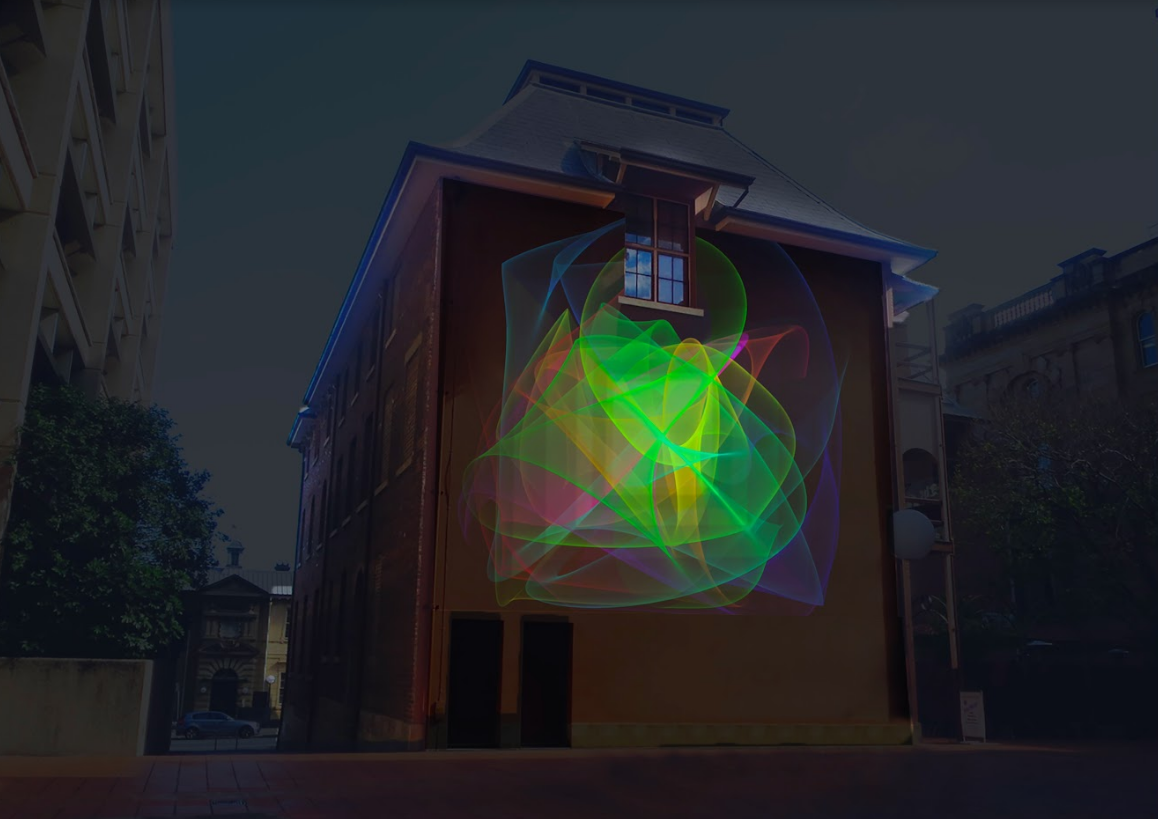 The installation titled ‘A Cottage Year’ utilises climate, weather and other historical environmental data to create a portal to the cottage’s past and its surrounding area through digital projections.  As Dean Prangly of the Royal Historical Society of Queensland explains, “this is a perfect example of how to preserve the past by using the present”.

“Around the world you see examples of digital art on giant screens or buildings like in Times Square or at festivals. They show up for a short time, then are gone.” says Mr Nelson. “This opportunity in Brisbane is rare; it’s permanent, public, working with a heritage listed building, and with the Olympics coming, it’s such a privilege to be involved.”

Other artworks created by highly talented and respected local and international contemporary artists have been identified by the advisory panel and are soon to be revealed.

All will be in place for the $3.6 billion development’s planned staged opening from mid-2023.

View all posts by bravobne

Processing…
Success! You're on the list.
Whoops! There was an error and we couldn't process your subscription. Please reload the page and try again.
bravo@bravobrisbane.com
0447 382 444
%d bloggers like this: